The Ford Explorer is the most versatile SUV in the Ford family. Ideal as a family vehicle with its 6- passenger configuration, it can carry your whole gang for the most varied activities. Because it's also available with a long list of accessories and capabilities, including an efficient all-wheel- drive system, it can also handle the roughest roads without ever being overburdened.

Best of all, because it comes in various trim levels, the 2022 Ford Explorer can satisfy both your thrifty desires with a hybrid version or your sportier desires with an ST version.

A variety of tastes

To begin with, the Ford Explorer is offered in the XLT version. Equipped with a 300-horsepower 2.3-liter EcoBoost 4-cylinder engine, mated to a 10-speed automatic transmission, like all the others, the XLT is not left out in terms of driving since it has all-wheel drive with Terrain Management, allowing you to choose between seven driving modes.

The interior is spacious and well-equipped, with an efficient audio system, a 6.5-inch display screen and a reverse sonar for easy parking.

The Timberline version uses the same engine. However, it has a distinctive silhouette, adding aesthetics reminiscent of its adventurous personality. Pairing all-wheel drive with driving modes, it's meant to explore more of the muddy trails on its unique 18-inch wheels. A limited-slip differential and exclusive suspension add to the standard equipment.

The Limited Edition adds a bit of luxury to the package without changing the power. The menu includes 20-inch wheels, perforated leather seats for added comfort, and a large display screen that houses the Sync system, which is compatible with Apple CarPlay and Android auto and easy to control in voice mode.

The second-row bench is replaced with captain's chairs, a heated steering wheel is standard, as is a 12-speaker Bang & Olufsen audio system. The third-row seat has a power-folding system, quickly increasing cargo space.

The ST version is the sportiest of all. The 3.0-litre V6 engine develops 400-horsepower and 415 pound-feet of torque, leaving those who thought an SUV couldn't be dynamic speechless.

It was fitted with exclusive four-wheel independent suspensions to better control this power, lowering ground clearance a bit but ensuring more stable and efficient handling. It gets all the luxury features of the Limited version but adds steering wheel paddles for easy shifting of the 10-speed direct-shift automatic transmission.

We can't forget the Ford Explorer Hybrid, either. Based on the Limited version, it combines a naturally-aspirated 3.3-litre V6 with an electric motor and a lithium-ion battery pack under the passenger compartment. Its total power output is an exceptional 318-horsepower. But even more outstanding is the fuel economy, estimated at 9.6 L/100 km in combined mode.

Regardless of its version, the 2022 Ford Explorer has a good working capacity. It can tow up to 5,600 pounds, depending on the equipment it's equipped with.

It's also safe because the Ford Explorer comes standard with the CoPilot 360 system, which combines driver assistance technologies such as lane tracking, blind-spot detection and a rearview camera. The optional CoPilot 360 Assist Plus system adds lane-keeping assist and adaptive cruise control functions, among others.

The 2022 Ford Explorer has what it takes to meet the needs of the most demanding drivers. Plus, it's got charm. What more could you ask for? 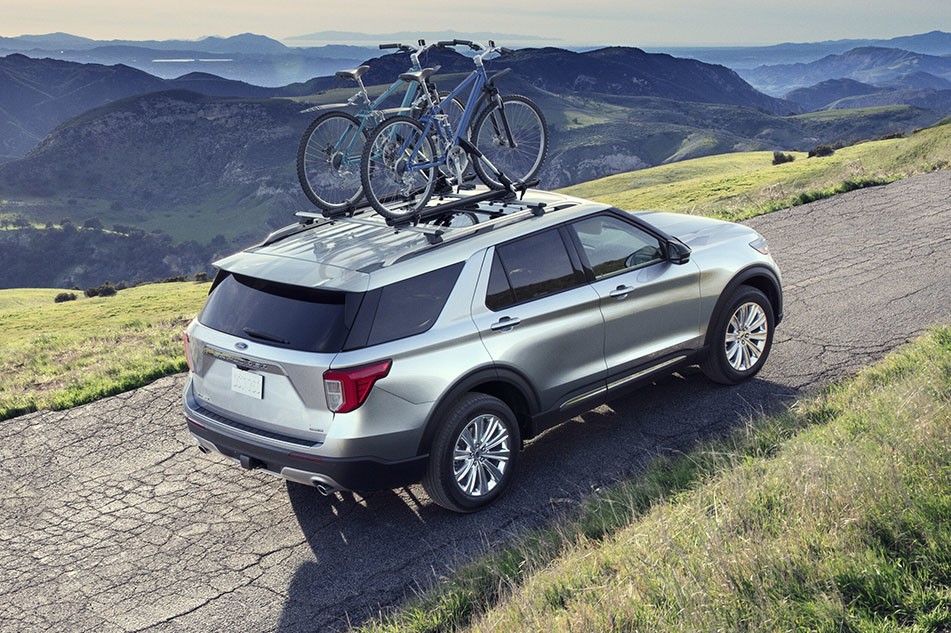