Ford Co-Pilot 360 2.0 is the next driver assistance system (ADAS) generation that Ford has chosen to make standard on most of its vehicles. This guardian angel accompanies you on all your journeys, anticipating potentially dangerous situations and reacting as needed to avoid the worst.

The system combines both active and passive safety systems. Passive, because they intervene once an incident is underway, and active because they are there to prevent hazards if they occur.

The new generation of Ford Co-Pilot 2.0 adds features and makes your road trips even safer. Because it's the car itself that intervenes, without the driver's support, it can limit the dangers!

The following features are the nine core technologies:

While the basic system is effective, Ford has decided to make the experience even safer by offering an optional, more comprehensive version of the system. Called Co-Pilot Assist 2.0, it adds advanced driver assistance features.

The features offered by this addition are even more spectacular. They include traffic sign recognition, which makes driving more enjoyable.

Beyond the systems that come standard with the packages, it is possible to add even safer features. These optional capabilities are not only safer, but they also offer even more comfort.

For example, Park Assist allows the vehicle to glide in and out of a pre-selected parking spot without driver intervention.

To get a better view of your surroundings, you can install a 360-degree camera with a split-screen that provides a panoramic view of the environment. A cleaning jet keeps the camera lens clean.

And on some models, you can also add the BlueCruise, a driving assistance system that allows the car to drive itself on certain predetermined road segments. Learn more about Ford BlueCruise

We can't talk about the Ford Co-Pilot 360 2.0 without giving some examples. 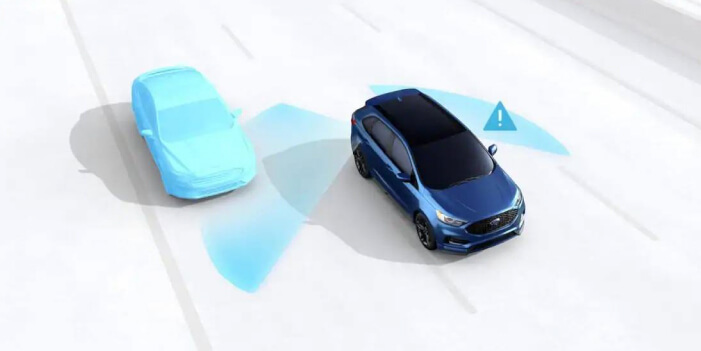 Lane Keeping Assist keeps you on track. When you drift over the lane markings, the system produces a vibration through the steering wheel. At the same time, Lane Keeping Assist pushes the SUV toward the center of the lane unless you add a little muscle to keep it under control. 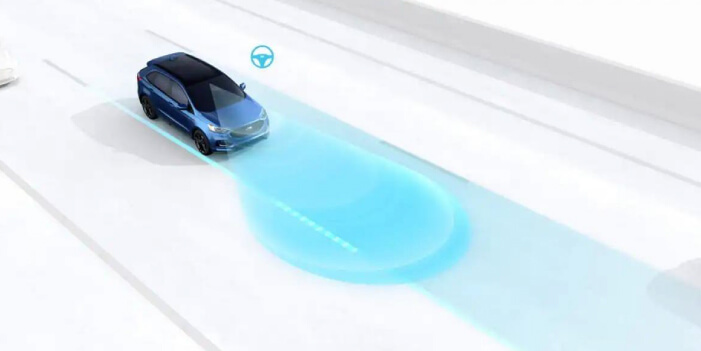 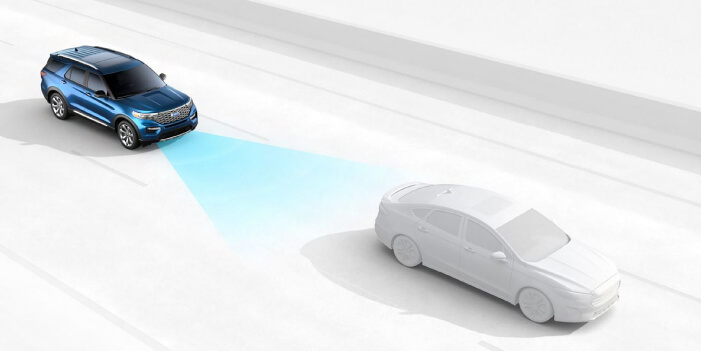 Adaptive cruise control helps you maintain a safe distance and constant speed from vehicles in front of you.

In heavy traffic, stop-and-go technology is effective. This allows the vehicle to come to a smooth stop, and a push of the steering wheel resume button allows you to re-accelerate as soon as traffic resumes. 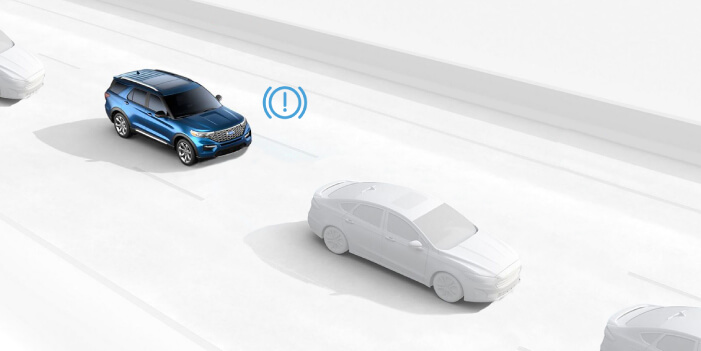 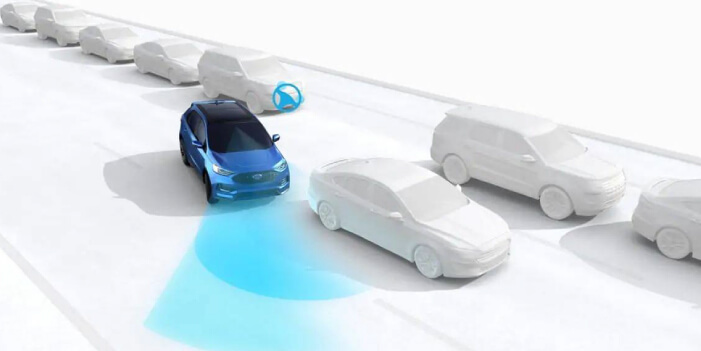 Evasive Steering Assist is designed to help the driver avoid a collision when an obstacle suddenly appears in the path of the vehicle. It uses the front camera and radar sensors to determine if there is a risk of collision and, if so, issues a visual and audible warning. If the distance between the vehicle and the obstacle is too short to avoid impact, the system automatically triggers braking to reduce speed as much as possible before impact.

And there's more. But remember, with your Co-Pilot 360 2.0, your Ford vehicle is safer than ever.